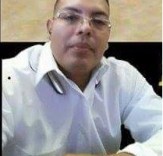 My idea of an all around bulldogge

My idea of an all around bulldogge is one that has the ability to distinguish a friend from a stranger.  A bulldogge with a capable frame, strong, healthy and agile enough to make sudden turns.   The muzzle has to be long enough to cool the air they breathe through their open nares but still keep the bulldogge type.  The under bite cannot be over exaggerated to where the dog can’t get a good bite.  The bulldogge should be big enough to be able to contend against any intruders.  Their temperament should be stable and loyal to their family.  NEVER showing aggression towards a family member or welcomed guest.  Whelp pups naturally.  There’s so much more that I can add.  These are some of my thoughts and personal opinion.  I am happy though that there’s  also a lot of like minded individuals that want to conserve and improve the bulldogge.  Now a days you see a lot of bulldogs that are not deserving of the bulldogge title.  Alot of breeders are breeding to follow fads and take the breed backwards by breeding them to English bulldogs to make them smaller.  We are dedicated to keep the bulldogge the way they were meant to be. Healthy, Strong, Athletic and Loyal…

I read a question earlier that asked what is breed type?

My response was the following:

Type to us is not just the look but also the demeanor of the dog.

Before you get into any breed you have to ask yourself a few questions:
What kind of dog is this?
What was its purpose?
What does it need in order for it to achieve its purpose?

Just because a dog has a wrinkled up face or overdone jowls doesn’t mean it’s a bulldogge. It has to be a bulldogge first and foremost because of its demeanor.  The olde in the past didn’t have a locked in look. That’s why we see many different types of looks back then and even now. It was mostly bred for a function the master needed it to perform.  The type it physically did have was the infamous under bite that was not overly done and the muscular and capable frame. Type to us is its demeanor and physical appearance that matches it.